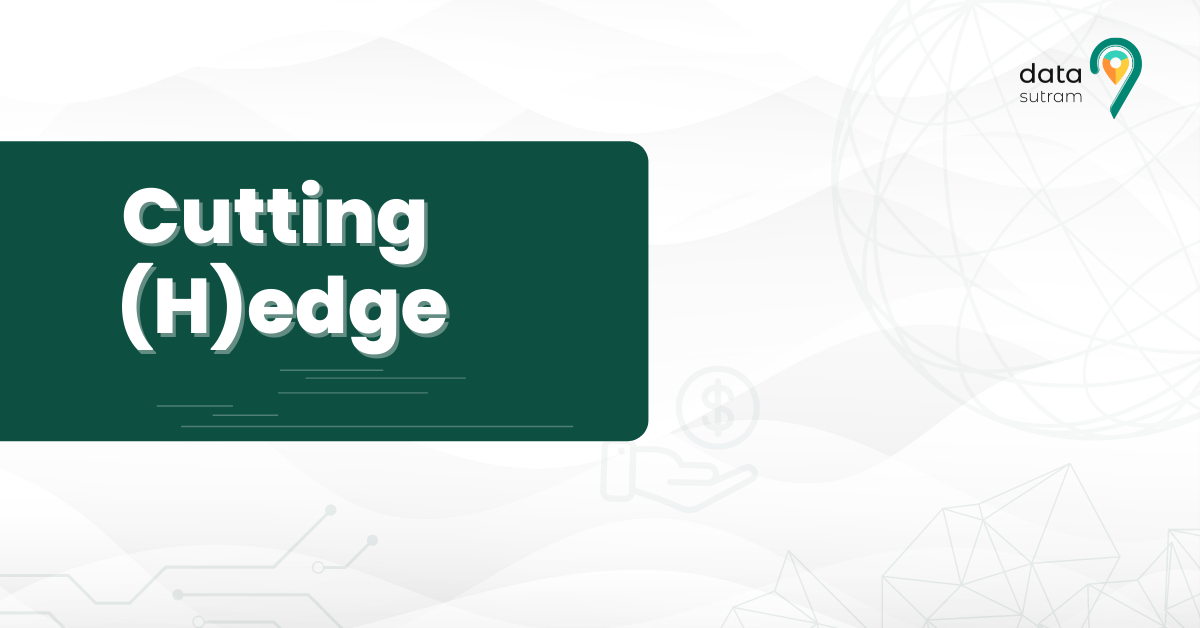 What is Alternative Data?

Alternative data consists of all the data collected from non-traditional data sources. It provides a decision-maker with additional information to make data-driven decisions.

What are Hedge Funds?

For a beginner, an actively managed financial tool that focuses on high-risk, high-return investments is known as a Hedge Fund. Usually, these funds use short positions and leverage aggressively to increase their returns.

Hedge Funds have been the earliest adopters of Alternative Data.

According to Statista, “In 2020, 38 per cent of hedge fund managers who were using alternative data globally believed that alternative data will be widely adopted, in the next three to five years.”

Every industry has its fair share of early movers and laggards. According to research, slow-movers face a greater risk than their early moving counterparts. Although the early movers may face regulatory or model risks, it allows them to become thought leaders in their domain and drift into the blue ocean. On the flip side, laggards face the threat of being outmanoeuvred by their fast-moving competitors. The origins of the relationship between Hedge Funds and Alt Data go back in time. Hedge Fund managers have long tried to outperform their rivals by finding the best Alpha. Alpha is a term used in investing to describe an investment strategy’s edge to beat the market competition.

Therefore, it is safe to say that the quickest mover to the Alpha saves time and resources and is most likely to be the market leader. Be a marksman, avoid blind spots:

Imagine you are a skilful marksman with a ‘rifle’, which stands for the traditional data you possess. In the dark, the probability that you hit your target is 0.5. Now imagine you have night vision binoculars and an 8x Scope added to your rifle. The chance of you hitting your target now becomes 0.9. Alternate Data provides you with just that. It helps you avoid blind spots, gives access to granular facts, brings clarity for decision-making, cuts out noisy and irrelevant data and allows you to focus on hitting the Alpha.

Alternate Data, thus, is not a replacement of Traditional Data but an enhancement to it. Official information sources, such as press releases and quarterly financial reports, are usually reliable indicators of a company’s performance. However, they are only available on an irregular basis, as they are usually only provided according to the company’s schedule or in response to a noteworthy event. Companies, on the other hand, tend to update their social media feeds much more frequently in order to keep connected with their customers.

Analysts can get a better idea of what’s going on inside a firm and how customers are interacting with the brand by paying attention to these latter channels. This may provide them with indications that enable them to deliver predictive investment advice faster than certain competitors, who may only react to financial news once it is made public.

Satellite imagery, weather data, transactional data, app usage data, website usage data, and other sources constitute the alternative data space. If you go on an alt data scout, you shall find some open data sources, but the analysis may be a challenge unless you have a dedicated data science team or a high-end AI/ ML model churning out the intelligence. Either way, the alt data needs to be systematically analyzed for it to be best applied. The application and correlation of alt data like weather data and financial forecasts is a science which needs to be exclusive to the company.

Of course, there are self-service products like Microsoft Azure, and AWS, that can help you fix the analysis issue. Alternatively, solution providers like Data Sutram provide you with exclusive insights and end-to-end solutions to implement these actionable insights within existing business processes. Its cutting-edge AI-driven platform can allow users to save time, optimize resources and maximize profits.

For Hedge Fund managers, this service can help improve resource allocation for better diversification among asset classes, perform better due diligence on companies/commodities and avoid correlation during market turmoil. Eventually leading to an increase in Assets Under Management (AUM) and profitability.

So, a diligent analyst may be crunching large chunks of traditional data that is openly available like tax filings and financial statements, which give a fair idea about the company’s performance – on paper. But a smart analyst is leveraging an ‘actual’ ‘real time’ ‘sentimental’ ‘customer focused’ alternative to decipher the corporation’s performance. The choice is yours!

Give an edge to your investment decisions using alternative data, book a demo with Data Sutram!